...gives a deeper insight into the modernisation project of the East Wing Bad Horn Hotel & Spa.

Thomas Mauchle is managing director of Thomas Mauchle Architekt GmbH in Abtwil SG. The career of the successful architect, who currently employs six people, started around 35 years ago at the University of Applied Sciences in Winterthur. After his studies, Thomas Mauchle opened his own architectural office and received his first commissions in single-family houses. This was followed by the implementation of a school building and various industrial buildings in eastern Switzerland. But Thomas Mauchle was also able to assert himself in modern architecture with his creative ideas in Arosa, Lucerne and Austria. Especially since he could design a hotel for the first time during a project in Austria: The Hotel Lamm in Seefeld near Innsbruck. A first foundation stone to venture into the project of the Hotel Bad Horn? It definitely contributed to this, "says Thomas Mauchle, adding : I was honoured when Niklaus Elsener, former architect of the Bad Horn Hotel & Spa, recommended me for the tender for the Smaragd Spa, which opened in 2010. The planned wellness area with 1,500 square meters of space presented an exciting challenge for me. Until now I was focused on the style of modern architecture. However, the Bad Horn Hotel & Spa is very classic in design, which can be seen quickly, in the column construction in the exterior and interior of the hotel. I really wanted to win the call for proposals, as the task fascinated me, and I have known the hotel since childhood. Even as a young boy I was a regular guest with my parents. It is a house with great radiance in eastern Switzerland and a lot of history. In addition, it has been owned by the Emil Frey Group since 1974 and has been successfully managed by the couple Bernadette and Stephan Hinny since 2009, "says Thomas Mauchle impressively. "You like to work with such personalities! "

About ten years after the new construction of the Smaragd Spa, Thomas Mauchle and his team are also allowed to realize the modernization project of the east wing. For Mauchle, the location directly on the lake is very inspiring, which he let in his concept. „In addition to the upgrade of the entrance area with an extended portico, guests can look forward to a new fine-dining restaurant on the ground floor, which extends over the entire east wing width. This creates more space in the indoor and outdoor areas, which offers guests a wonderful view of the beautiful Lake Constance and the surrounding countryside. The 42 new and modern hotel rooms are equipped with high-quality materials, such as mahogany wood and brass. Due to the elegant glass separation from bathroom to room, the impression of space looks generous and modern, but still in the classic style of the hotel." Mauchle responds to the question of the tight schedule that the owners put to the architects and the construction companies: In addition to concrete supports, stairs and lift shafts, all rooms are already pre-produced. This is particularly impressive, considering that within 8 days all 42 rooms will be delivered and installed". According to Thomas Mauchle, work on the rooms should be completed in February 2020. The roof is then placed on the rooms and the technology installed. Finally, the imposing exterior façade is built towards the street side. The resulting two tower tips should look very striking and impressive to the viewer. "With this, we want to underline the character of the high-standing house," says Mauchle. The façade gives the guest the feeling of "checking in to a five-star hotel," Mauchle is convinced and adds: The result will be great,, and we are convinced that all guests will enjoy it a lot. “ 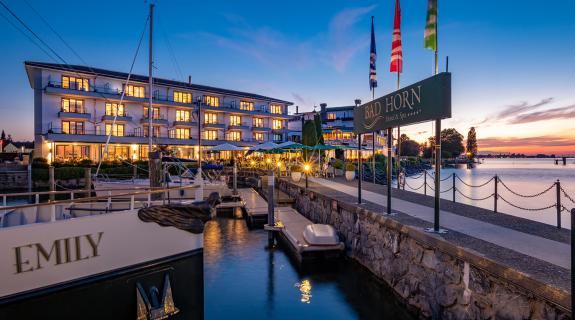 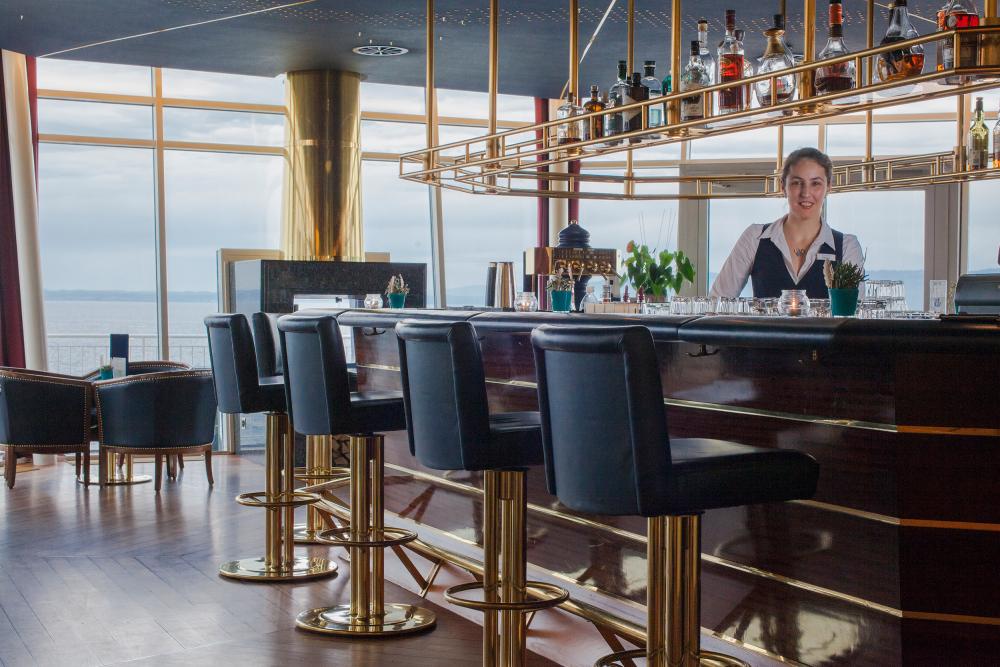 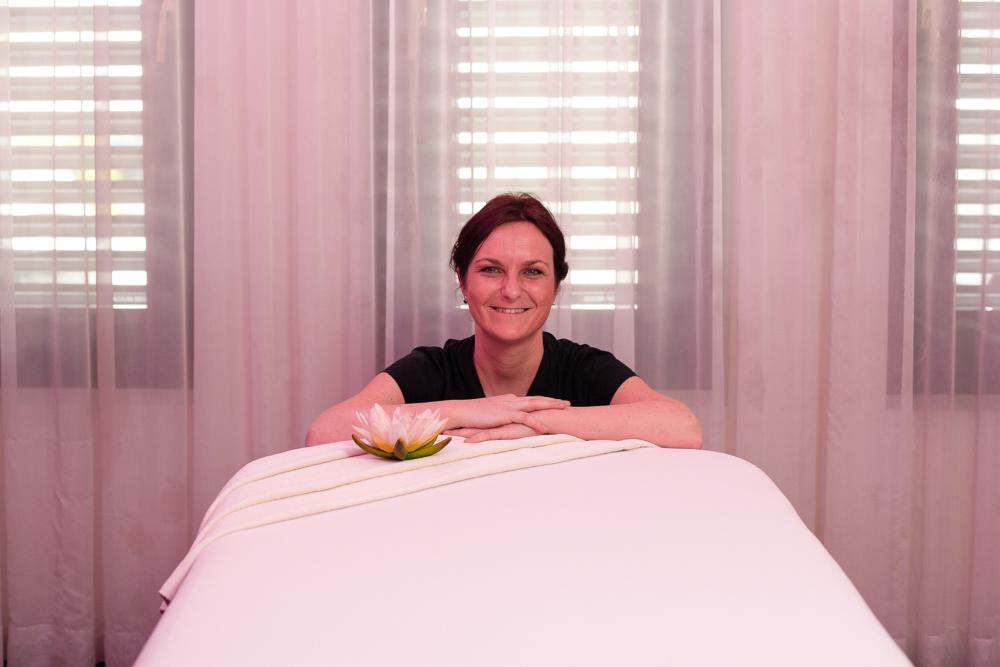 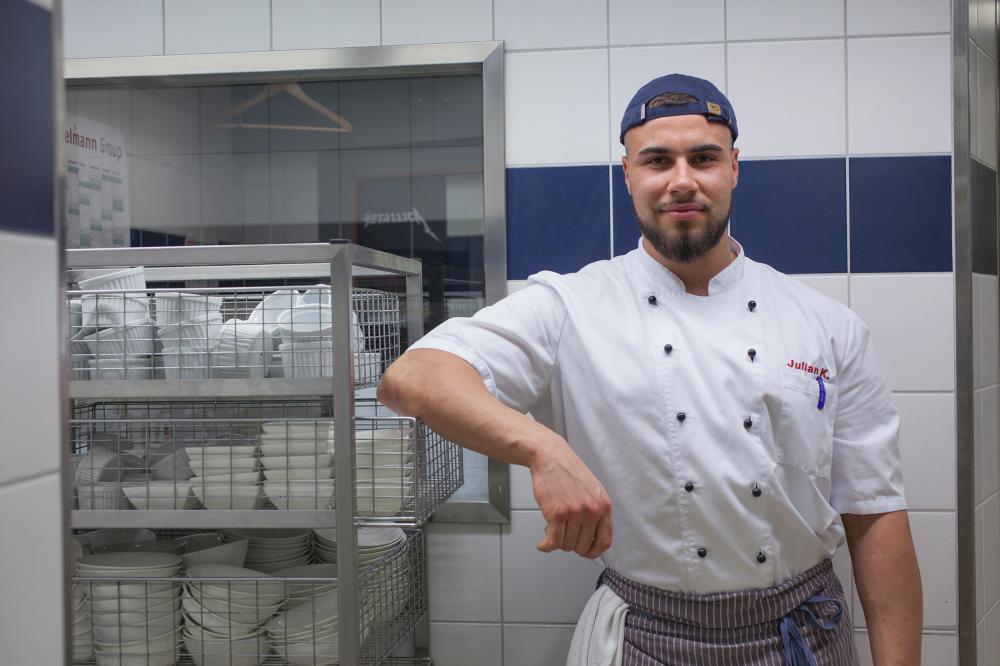 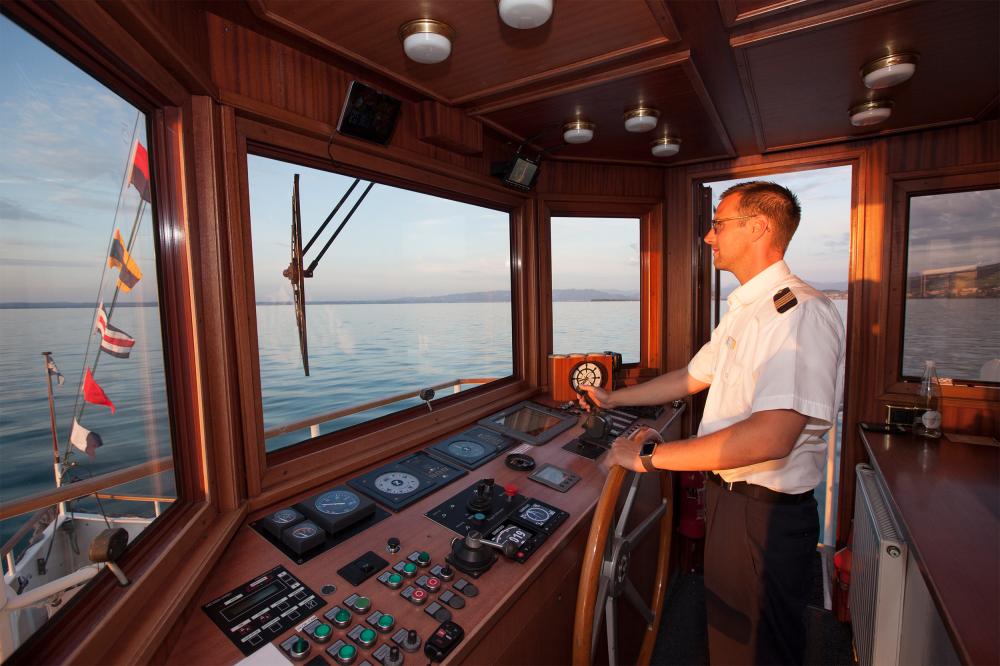